The Massachusetts Futsal Association has announced the launch of a new division that will cater to elite futsal clubs and teams. The Premier Clubs Futsal League will kick off in November with the aim of providing the highest level of league competition possible.

"The PCFL is designed for futsal clubs that desire to play real, high-level futsal," said Jason Miller, the Massachusetts Futsal Association's Director of Futsal for the past 15 years. "This is an opportunity for the very best futsal teams to compete with one another throughout the winter."

Two seven-game sessions mirror the existing Mass Futsal structure. And with more than 20 years hosting club-neutral futsal leagues in the Bay State, it's no surprise that two of the region's largest and most successful futsal clubs have already signed on to participate -- FC Flair of Framingham and Safira FC of Lowell.

Andre Ferreira, Co-owner and Director of Coaching at Safira FC, said the new league is exactly what is needed in an ever-expanding, ever-confusing futsal landscape.

"Mass Futsal is the gold standard of running futsal leagues and tournaments, and we are proud to be part of the inaugural PCFL season," Ferreira said. "These days everyone wants to run a futsal league, and anyone can, but none has the experience or professionalism of Mass Futsal."

FC Flair is similarly enthusiastic about the creation of the Premier Clubs Futsal League.

"Our teams played in the Mass Futsal league last year and had an outstanding experience," said Ronaldo Vieira, FC Flair's Director of Operations. "We are excited to expand our participation in the lower divisions while assigning our very best teams into the PCFL."

Premier Clubs Futsal League is a part of the Massachusetts Futsal Association and a proud member of United States Youth Futsal.

The Massachusetts Futsal Association is one of the largest state or local futsal organizations in the country. It offers futsal programs for players aged five through 65, including leagues, academies, clinics, tournaments, player identification trials, coach education, summer camps, pickup and referee development. 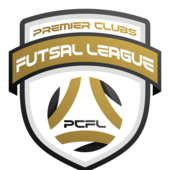 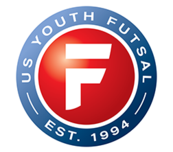