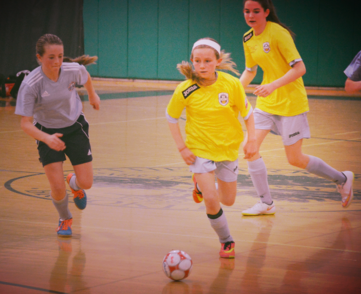 Please see our policies by scrolling down.
​

A player or coach shown two red cards (or dismissed twice) during a session is suspended for the remainder of the season, including friendlies and playoffs and may be required to meet with the league's disciplinary board.

A player or coach shown a red card for violent conduct is suspended for three matches.

A player or coach shown a red card (or observed to commit) violent conduct against a match or league official is suspended for three matches and must meet with the league's disciplinary board in addition to requirements of United States Soccer Federation protocol.

A red card suspension or dismissal pertains to all teams/rosters. A suspended player or coach may not enter a league facility on the suspended date.

If your team is unable to field a team and notifies us at least 48 hours in advance, the team loses by forfeit (7-0 loss and -1 league points).

If your team forfeits without a minimum of 48 hours notice (no-show), the team loses by no-show forfeit (7-0 loss and -2 league pts) and is subject to paying a $75 fine.

Only players on a team roster are eligible to play. No guest players are allowed.

Players may not be on more than one roster in a division.

Sibling teams may swing/borrow up to three players per game, provided the number of active players does not exceed 14. The sibling players must be on another roster within the same club, which must be shown to the referee at check in and upon request. Referees may -- and should -- deny the sibling rostered player if a roster is not provided. Sibling teams may not swing players during the postseason.

Teams are strongly discouraged from using high level players in any Ligue or Serie division match so as not to impact the level of play in the division. Abuse of this may result in players, coaches and/or teams being sanctioned.

If a team is playing a friendly match it may add an age-eligible player who is on another league roster with the consent of the opposing coach, keeping in mind the level of play expected in the division.

Violation of any of the above regulations will result in forfeiture of applicable games.

The U.S. Youth Futsal Inclusion Policy is as follows:

(A) Membership of U.S. Youth Futsal is open to all futsal and soccer organizations and all futsal and soccer players, coaches, trainers, managers, administrators and officials without discrimination on the basis of race, color, religion, age, sex, sexual orientation, gender identity, gender expression or national origin.

(B) For the purposes of registration on gender-based teams, a player may register with the gender team with which the player identifies, and confirmation sufficient for guaranteeing access shall be satisfied by documentation or evidence that shows the stated gender is sincerely held, and part of a person’s core identity. Documentation satisfying the herein stated standard includes, but is not limited to, government-issued documentation or documentation prepared by a health care provider, counselor, or other qualified professional not related to the player.

(1) Teams with females only are considered girls teams.

(2) All other teams are considered boys teams.

Massachusetts Futsal and facilities are not responsible for lost items. Lost and found receptacles may be available. Persons should not contact schools to seek assistance in finding lost items. Please visit the facility on the next futsal-related date to check.

No child should be unattended in any facility. Young spectators must remain with a parent or guardian at all times.

Please do not go, or allow players or spectators to go, into any area of a facility not futsal-related ... eg, stay out of classrooms, unrelated hallways and stairwells, etc. Remain in the gym, lobby or their immediate corridors. There is no ball playing in the hallways of the school facilities.

No protests are allowed. All decisions by referees, league directors and tournament directors are final.

Free Agents: No refunds will be given.

League: Prior to the start of the session, a 66% refund may be given until two weeks prior to the first league date. Once the session has started, no refunds will be granted.

Tournaments: Up until two months prior to the event, a 75% refund may be given. No refunds will be given thereafter.

Players must be rostered to participate in games. Only players who are on rosters with completed waivers and insurance are eligible to participate. Photos of all players should be on rosters no later than the third week of league play.

Coaches must provide a printed copy of the roster at check-in.

Players may be dual rostered in different divisions. Players may not be on more than one roster in the same division.

Rosters may include up to 14 players.

All youth teams must have at least one and no more than three coaches on the team bench during a game. This includes high school teams that coach themselves -- these must still have an adult serve in official coach capacity.

U.S. Soccer mandates that all coaches and managers complete SafeSport training and submit to a background check prior to serving as coach or manager of a youth soccer or futsal team. No adult may serve in this capacity without applicable completion of SafeSport and clearance approved by U.S. Soccer and U.S. Youth Futsal. All referees shall have access to a list of all coaches on all rosters. Note that if a coach completes the background check but has not been added to a league roster, the coach will not be eligible to coach.

Note - players may always play in an "older" age group, but never a younger one.

We are often able to fulfill one or two minor scheduling requests, but these must be submitted by Nov. 4 to be considered.

Games are booked into anticipated time ranges but may slide over such ranges depending on the number of teams and the availability of facilities. Expected dates and times are guides only and are subject to change.

Once the schedule is posted, games can not be rescheduled. Due to the nature of the facility being booked and paid for, and referees being assigned and paid for, rescheduling is just not possible. However, if the team requesting the reschedule wishes to provide or pay for court time at a suitable facility, and pay the referee costs, with agreement by the opposing team, a reschedule may be possible.

In the event that inclement weather causes cancellation of games, every effort will be made to make up the games. However, there are no guarantees and no refunds will be issued.

Generally speaking, a couple inches of snow is unlikely to cause interruption. More than 3 inches and there will likely be an adjusted schedule (delayed start/early closure), more than 6 inches is likely to results in complete postponement/cancellation. Facility closure decisions are at the discretion of the facility.

There have been at least two recent incidences when a large storm was forecast but little snow accumulated in the Boston area. Do not assume that because a large storm is forecast or because other programs are closed that futsal games are not taking place. Allow extra time.

Announcements will be posted on the MFA and HTG web sites and via social media. Coaches and managers will receive email only in the event of changes to the schedule. All are advised to check the web site up to one hour before departing for games.

The best way to reach us on the weekend is to use admin@futsalma.com, which is monitored by our lead admin on site at Park School.